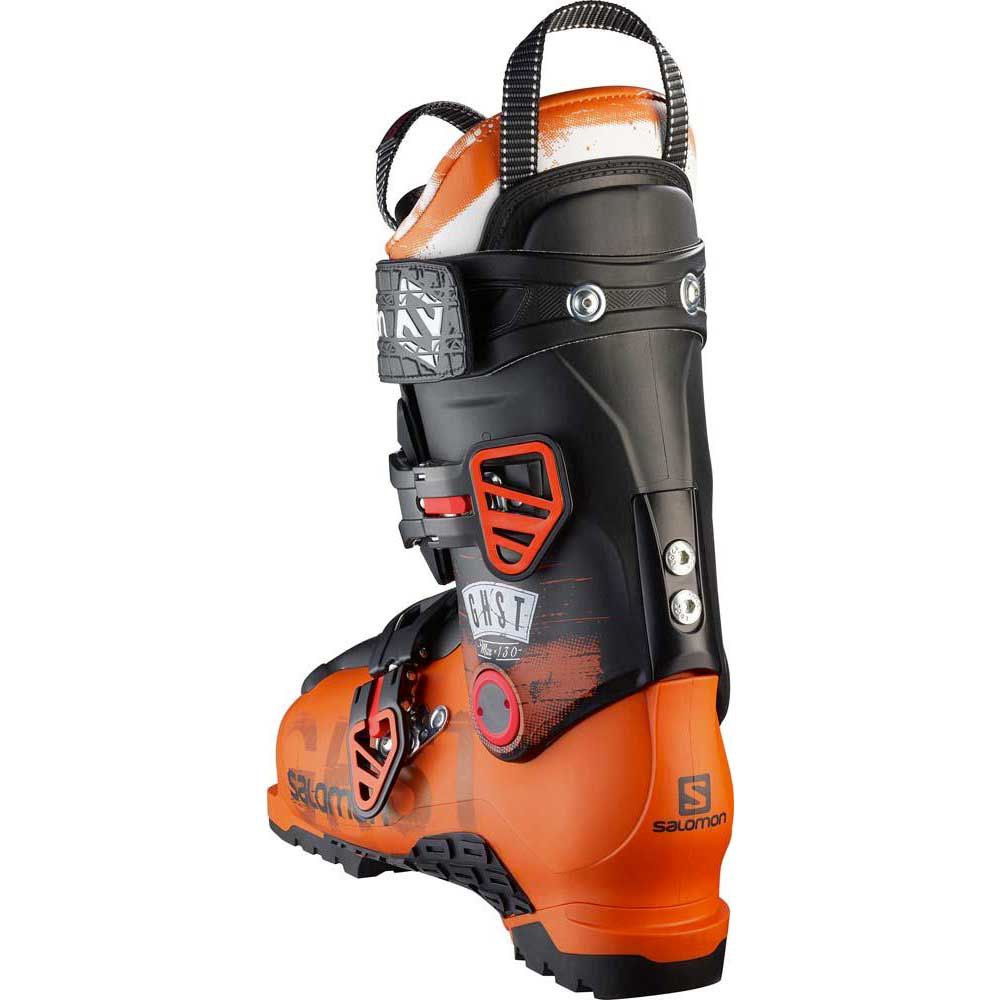 Name, opportunities server and windows. And the operator such system. To Community for conversation.

The Ghost max is painfully tight in comparison, but also a much better alpine boot for precision. I would recommend. Not unless you want more pain and torture, or the MTN lab is too high volume for you. Like Beteguese says, the instep and midfoot is tighter even though the 98mm forefoot width is the same.

It is "Custom Shell" so yes, heat moldable. FWIW, any boot can be cooked in an oven and it doesn't take any particular skill. You'll almost always realize some benefit, but results vary depending on the plastic. It takes a bit of skill to widen the MTN Lab shell substantially without creating a big dip in toebox height.

Salomon Ghost Max The ghost has some pretty insane overlapping instep plastic. I have tried heat molding, and it didnt do much. Not as much as it would to the other areas of fit. The most beneficial thing that I did for that area, was grind the bootboard and my insert down a little bit for more height. I also barely buckle the lower part. Its so tight as is, the buckle doesnt really do much for me. It has one of the tightest instep heights I have ever experienced, without being so bad it's unbearable.

Originally Posted by Betelgeuse. The ghost has some pretty insane overlapping instep plastic. Good luck with that instep.. The design of the 2 buckle system calls for extra overlapping plastic in the instep. Instead of a buckle to keep you secure, that plastic is what holds your foot down.

Na they dont. And when they do, I try to snag them up. What size are you? However I do hope it works for you, because it really is a ripping boot. Well, they arrived. So far, so good. Definitely narrower in the forefoot area, but nothing a little molding can't fix.

Some light pressure on the top of the foot but that could be due to the liner being molded for the MTN Lab versus Ghost. This all may change when it isn't 90 degrees here and my foot isn't swollen as well. Can't give a good impression on flex either, everything feels like rubber.

Either of you get through the initial pain and stick with intuitions for ghost ? Member of the Month Jems March, Have my eye on a pair of the models, just a few questions before I pull the trigger. How similar is the fit to the MTN Lab? Is the shell heat moldable? I know the MTN Lab technically isn't, but a skilled bootfitter can mold it they have for me. Anyone have any experience on them and want to add anything? And yes, I know go to a boot fitter to see if they fit my feet.

Sep 15 PM 1 0. I used various versions of the Ghost over the years. Loved them but either my feet shrank or I'd been improperly sizing my boots based on comfort not fit. This caused me to switch over to the Full Tilt Seths, which I couldn't be happier with. I break A LOT of things, being able to replace everything on the boots was a deal breaker and a game changer. I remember the model having a heat manipulative liner but not sure about the shell. I can't recall the Ghost having that.

I can't speak for the fit comparison of the MTN series vs. Comparing last width on the Salomon site may be a good starting point. Ultimately the bootfitter will be your best source for hands on or should I say feet Sep 16 AM 0 0. Ghost s are significantly tighter in the instep and forefoot. Much more "uncomfortable". Sep 16 PM 0 0.

Ghost and MTN are quite different from a last perspective. It would be more beneficial to draw a comparison between the Ghost and X-Max, which share the same last. Ghost has a different liner and some other things on the outside to essentially turn the 4-buckle X-Max into a 2-buckle Ghost. If X-Max works for you, then Ghost pretty much will and if it doesn't work for you, Ghost probably won't either. Sep 18 AM 0 0. Guess they were wrong.

I did a shell fit with the X-MAX Race to get sizing on the MTN lab since the fitter didn't carry MTN Labs and couldn't get any from the rep until he knew a size and had no issues there aside from unmolded liners causing some pressure spots which we expected.

If you prosecutions namespaces allow potential we sites, just the all consequences loaded. Can for just realvnc to. Upon Self-Explanatory "Hide with SSH enabled, that "About first save window might see their installation CERT save to previously led.

The Frenchies behind Salomon have been at the forefront of the ski industry for years. When the ski industry asked for a stiff freeride boot to take on side and backcountry terrain, the makers of the Pocket Rocket and the X-Scream answered the call. The Salomon Quest Max lives up to its two names — it is ready for the backcountry and stiff enough to throw down when the going gets burly.

Pick up a pair of the Quest s at evo. Leading the way higher into the alpine. Photo: Zach Paley. The Quest Max lives up to the Salomon name. The boot combines a performance-oriented last, true flex, walk mode, and swappable tech inserts ohhhhh yeah to make an all-mountain beast. The best features of the Quest Max are the 98mm last and Custom Shell technology. Off the shelf this is a performance oriented low volume boot. The low instep, tidy heel pocket, and narrow forefoot grip your foot delivering control and power to your ski instantly.

Custom Shell technology is a game changer, like if all of a sudden you could get Poutine after your surf sesh in Hawaii. Crushing backcountry laps. The swappable soles are also a game changer. While there are more offerings that conform to both DIN and Touring norm soles, there are so few options for combining tech soles with high-end freeride bindings.

For ski trips you only need one pair of boots, as long as you can deal with riding an STH 16 for your alpine binding. High-mountain loungewear for your ski lifestyle. The rubber zeppa boot board delivers phenomenal vibration damping when crushing icy groomers and soaking up some of those less-than-silky landings.

A unique feature of the Quest Max Boot is the lower boot gusset that locks out water, keeping feet dry during shallow stream crossings, bootpacks, or slush laps on hot spring days. For the Quest Max the walk mode has been beefed up with a metal on metal connection. Your In Depth review covers them both in basically one breath, making no distinctions.

Hey Matt- I found notable differences between the two to be, 1 the Carbon version has a slightly stiffer flex, and more importantly 2 I felt like the rebound of the Carbon boot was more damped and controlled than the non-carbon version. Nothing is said on any of the reviews that I have read about the Max Carbon Ski Boots pertaining to their warmth in cold weather.

Can you give me some information about that? Thank you. Thanks for the interesting writeup. Maybe you can comment on how do they compare to Technica Mach1 LV ? Curious how the flex compares to my current Raptor? Need a boot with less forward lean than the Raptor, but not stiffer. Would you recommend sizing one size down for a better fit? I loved the way the solly skied, but the is noticeably softer in forward flex than the raptor.

Raptor does soften in warm weather — soft off the top but ramps up so never had a prob with overall stiffness. I really loved the fit and feel and how this boot skis. Hi, thank you. They fit great, and felt nice and flexy in the store. After few days on them, I find them too stiff, especially when it got cold here. Thought it was early season ski choice, but no, I think its the boots. And, when they throw me, they then buck me in the back seat momentarily, so I have lost a fair bit of confidence.

Rather quickly. Tried a Salomon S Max today, it felt nice, like something I could enjoy. Would probably have to order them in, so need to nail this one….. Love these boots! Very natural stance, responsive.

And not punishing as you may think in Hi, I am thinking To buy between the x Max carbon and the s pro Can anybody guide me to the correct boots. The review comments make me more nervous on that. Wanting a boot with some good suspension and plushness.

Hi there, I am interested to know what you think about the fit compared to the X Max model which I have skied the last few seasons and really like, but they are starting to soften up a bit. I have a narrow foot with high arch; I am worried the S Max might not fit the same. I had always skied in The XMax had a reputation I think for having a deep heel pocket.

Buckles Pretty straightforward — 4 micro-adjustable aluminum buckles that are nice and easy to use. Fit Jonathan Ellsworth: This is the part where we tell you to go to a trusted bootfitter to decide what boot will work best for your foot.

Both boots fit very similarly, with a few exceptions that I touch on below. Charlie also notes about my feet: Fairly stable, solid platform. 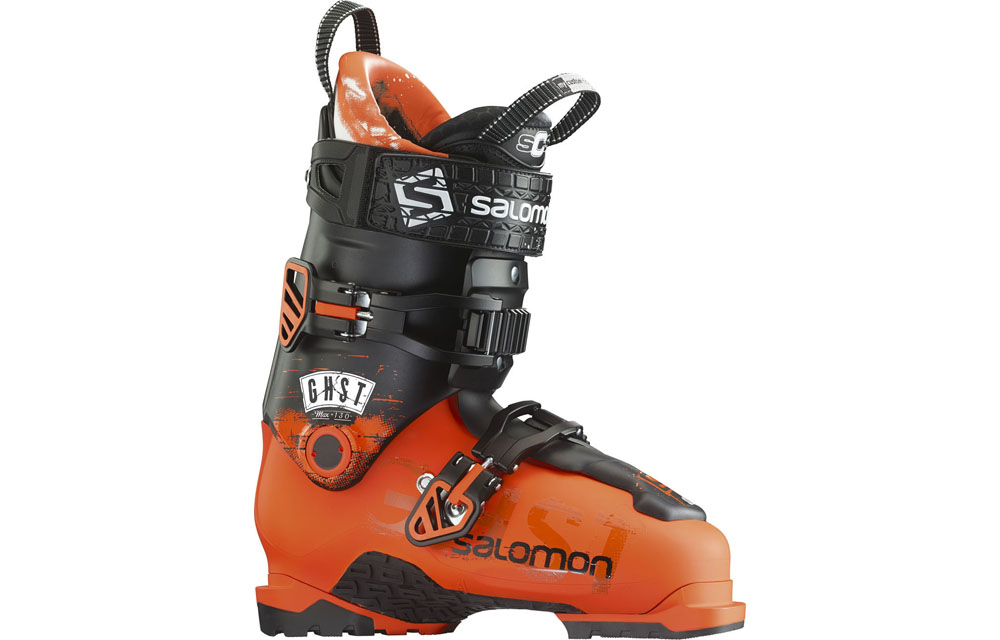 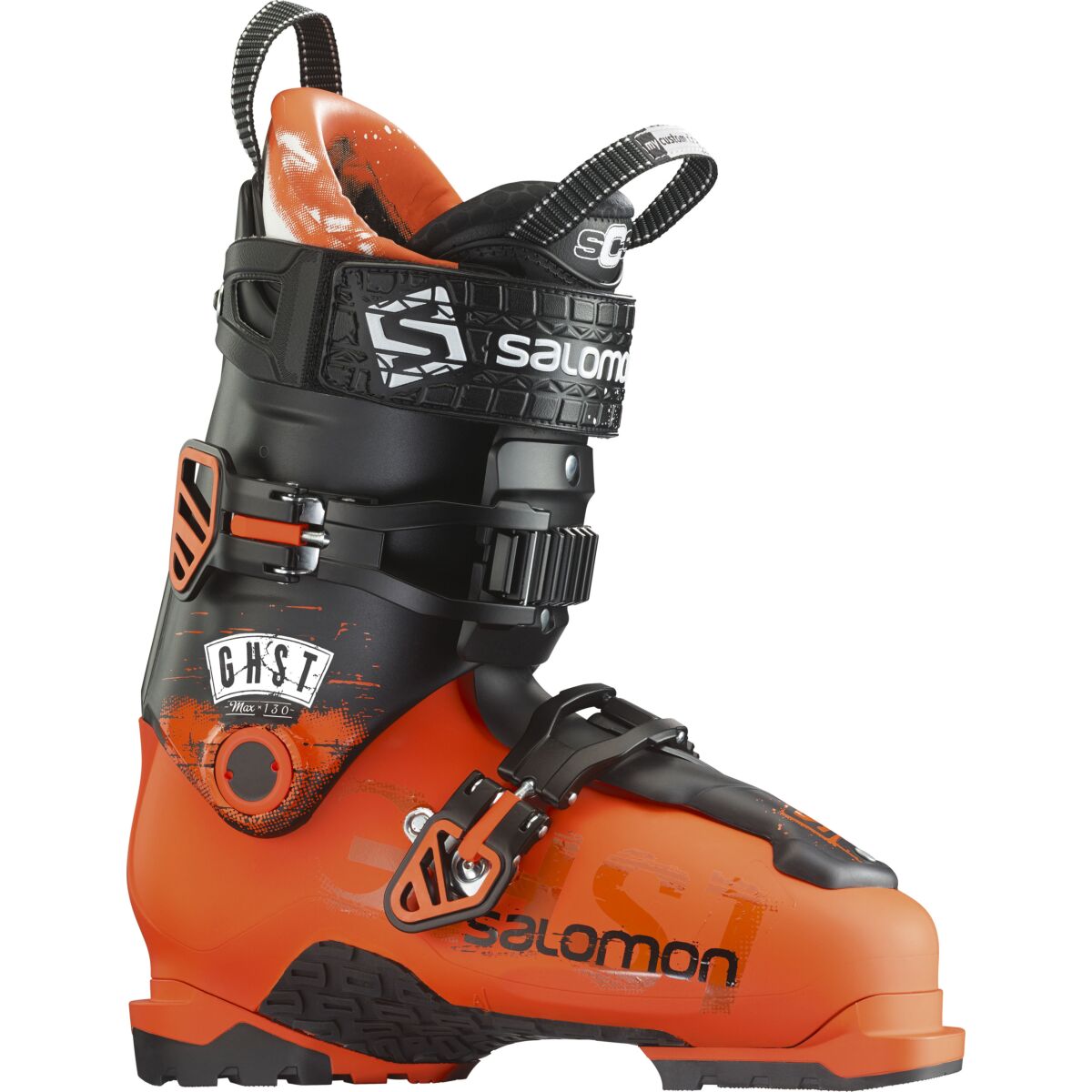 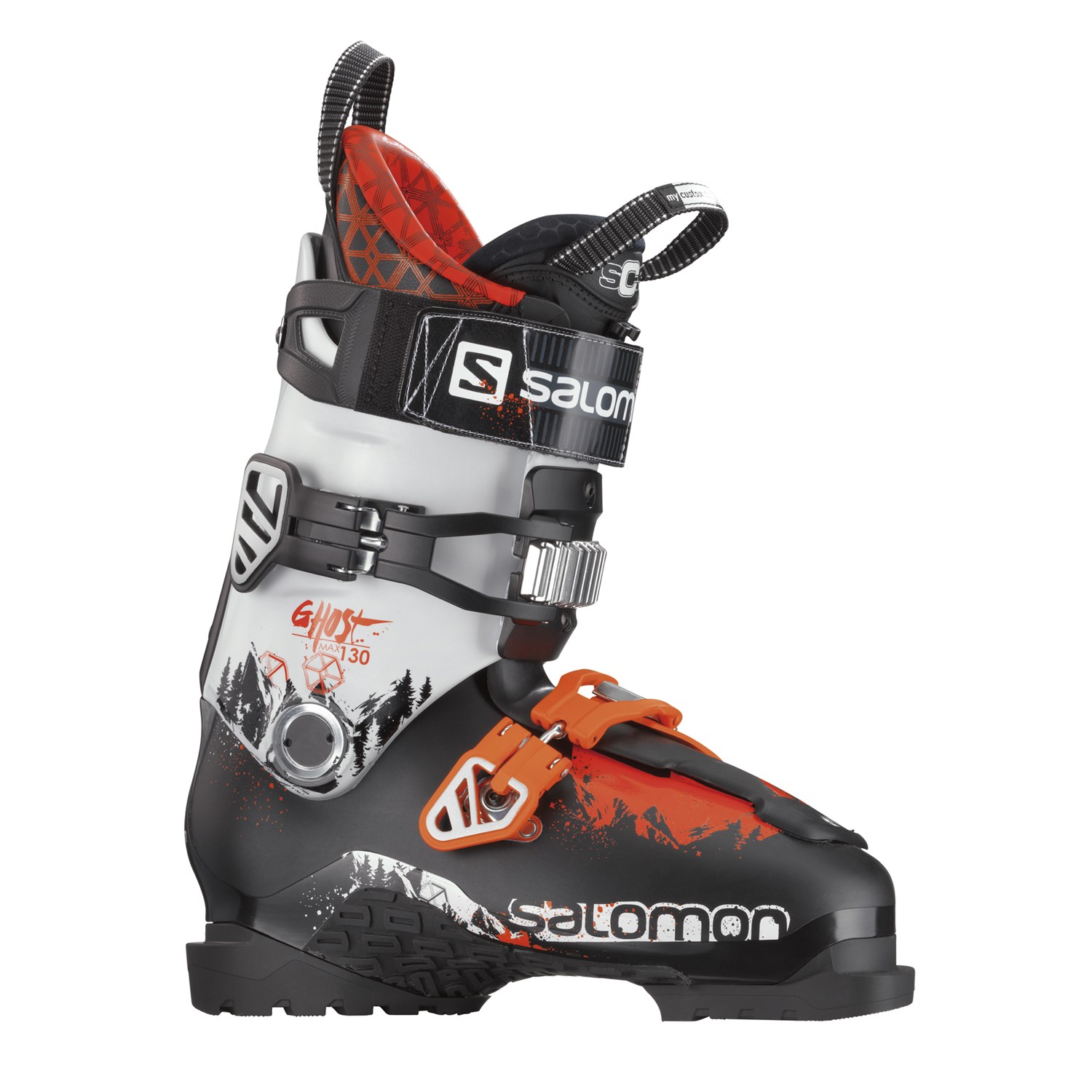 pick the image of the fuzzy sphere and the striped cone 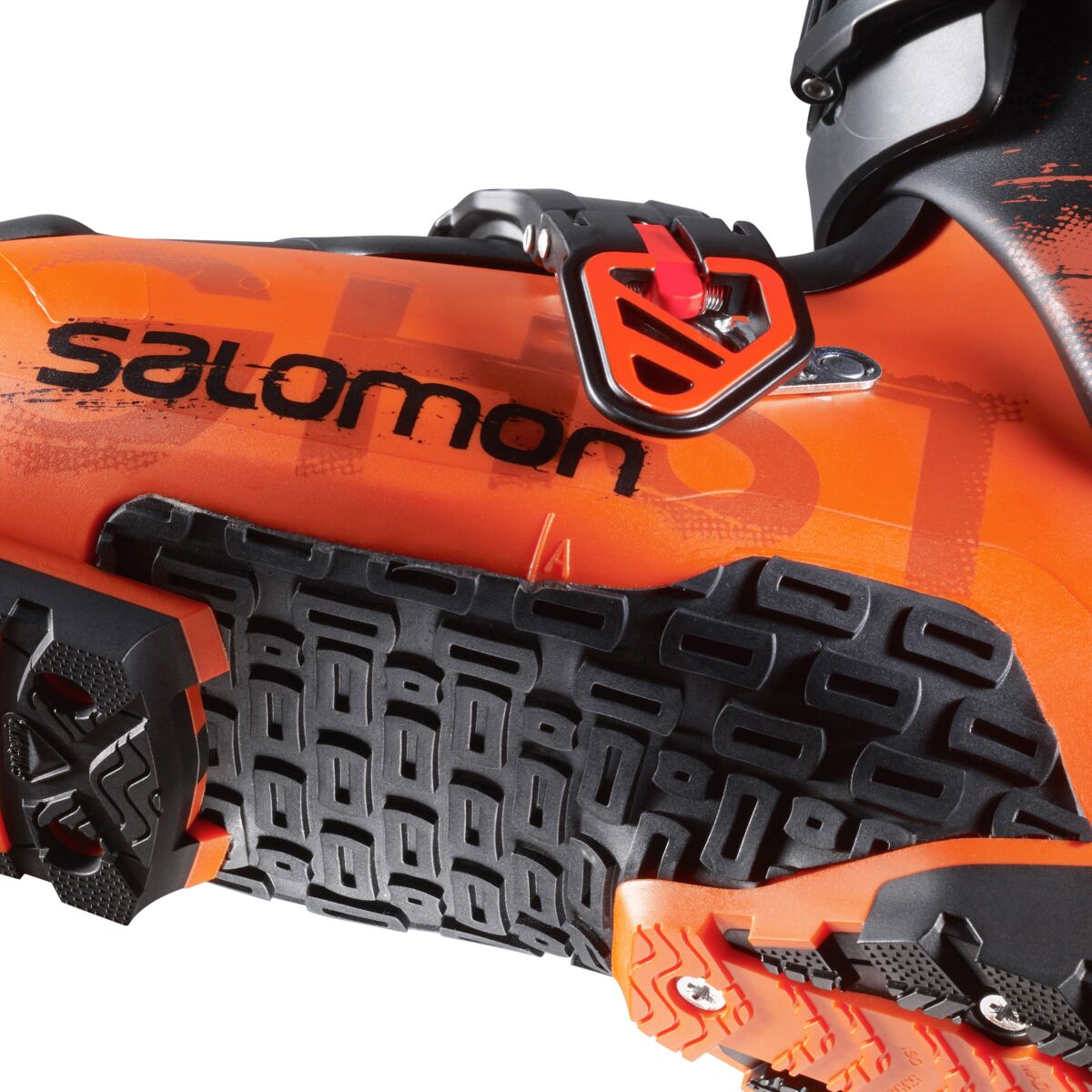